It’s quiet well known that cases of burn-out, depression or work related stress are increasing. In Belgium, as explained on Jobat.be (French) : ” (…) 62%  of belgian employees feel happy at their work.” However, that propels Belgium at the ranking’s end since the average amounts to 66%. To be happy at our work place, it’s important to have a good team, a good management, not too much extra hours, etc. And what if the solution lies in the increase of new business models such as “startups” ?

Empowerment : a key-work in companies

What makes an employee happier ? Millennials, young people under 29 years old that are making their entrance in the company’s world and with them, a series of new demands. Also called as members of the Generation Y, by 2025, they’ll represent 75% of the work market.

Millennials, when they start working in a company, want to hold a series of jobs to prove that they can achieve lots of tasks.  They’re looking for accomplishment.

Therefore, if a millennial wants to be happier, he must feel that he’s important for the project he’s assigned to. Be empowered means that he sees often his manager and he can take part in meetings to have a say in what’s been decided.

That’s why the Telecom group has launched an incubator aiming at enabling employees to become intrapreneurs. That aspires to give more responsability to employees that enables them to form their own team and develop together different projects for the company where they’re working.

As explained in LeMonde.fr (French), millennials don’t want to keep working more than 5 years in the same company. it’s a specific characteristic of the generation Y. They want to put forward personal experiences and their free time. Therefore, the change is essential for them to feed their desire of experiences and to extend their professional horizon.

Generation motivated by the entrepreneurship

Most of startups are being imagined by millennials. Often, the latter is driven by the innovation and as Emmanuelle Duez, CEO de “The Boston project” explains it, millennials may probably represent the biggest changes in recent years in the business world. Indeed, the digital taking more place, it seems that the generation Y is probably going to be the leading actress. For example,

There still exists a wide range of examples and these ones, with their original idea, are all from belgian spirits !

Why do satisfaction results seem to be better in startups rather than in big companies ? The generation Y is motivated by the innovation and the change. Things that startups seem to be better at thanks to their fast development and the freshness that they bring :

Last but not least : Team-buildings

Generation Y differs from her predecessors thanks to a criterion : the working climate. Indeed, millennials, as already explained, want to live lots of experiences. That means that they’re searching for the authenticity of their relationships. It’s quiet rare that a millennial keeps working only thanks to the salary that he earns, on the contrary of his ascendants (generation X).

Therefore, team-buildings and any other activity to do as a team have never been that famous in the business world. 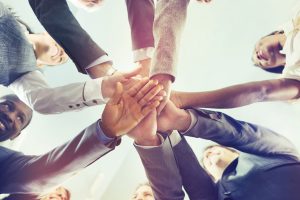 Forbes, among many others, has emphasized the importance of these informal meetings. It could also be seen as an investment. And this is true, to make employees happy and increase their productivity. It’s important, today more than ever, to create team-builings in a very meticulous way.

Finally, millennials are changing the company’s landscape and it’s about adapting rules to improve these new employees’ productivity. It’s noticeable that these new adaptations also benefit employees that are not part of the said generation Y. It remains to be seen if, provided that they’re well realized, these new ways to work will increase the company’s productivity ?

Event marketing or how to attract customers in 2018 ?